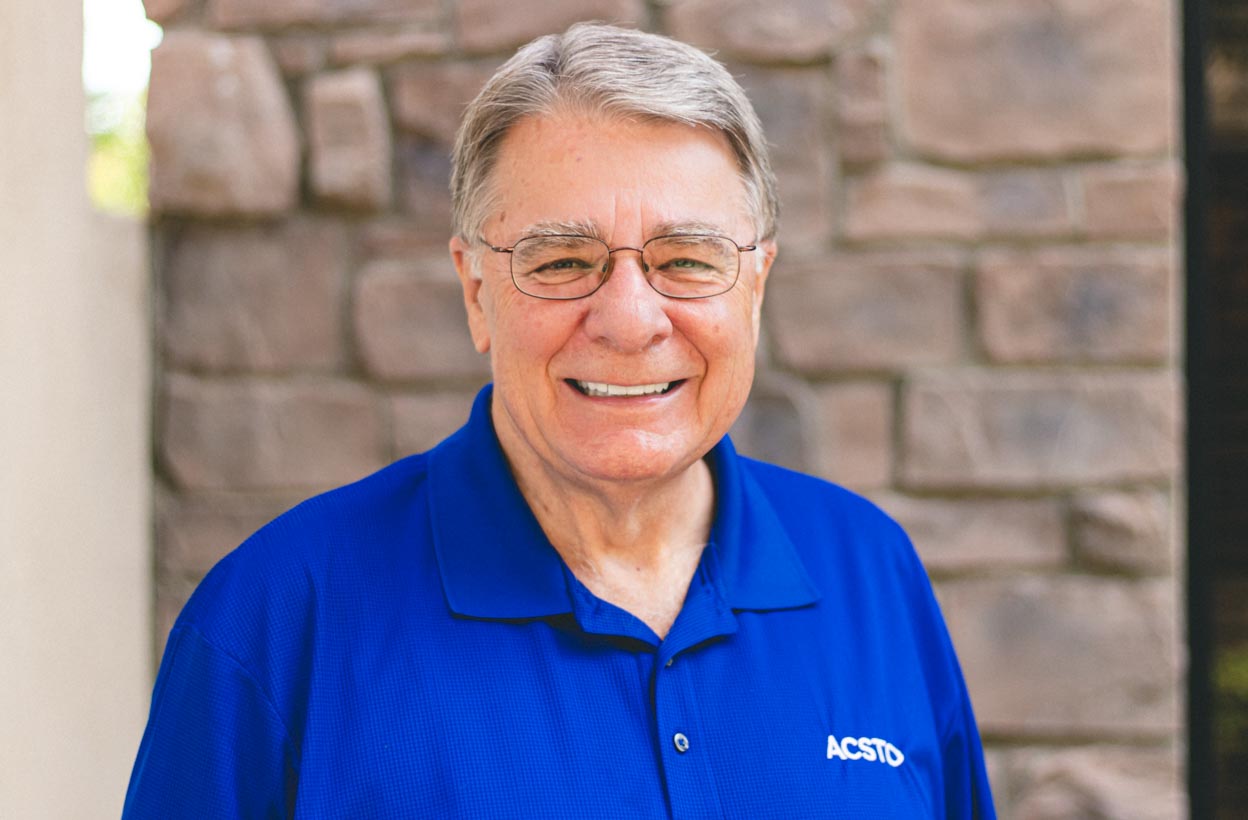 Steve Yarbrough is Executive Director of ACSTO and of its sister organization, School Choice Arizona. In September 2018, after an eight-month sabbatical, Steve returned to leadership of these two organizations which he co-founded in 1998 and 2006, respectively.

Steve served as a member of the Arizona Legislature from 2003-2019: the first eight years in the House where he chaired the Ways & Means Committee and served as Speaker Pro Tempore; and the following eight years in the Senate where he chaired the Finance Committee, was Majority Leader, and then was President of the Senate for the 53rd Legislature in 2017-2019.

As a legislator, Steve sponsored 95 bills that were signed into law, had 16 years of perfect legislative attendance, and cast 99.9% of all votes over those years. He has received several of Arizona’s most prestigious public service awards including Senate and Legislative Leader of the Year multiple times, and the inaugural Sen. Jon Kyl Statesman Award from the Center for Arizona Policy in 2018. 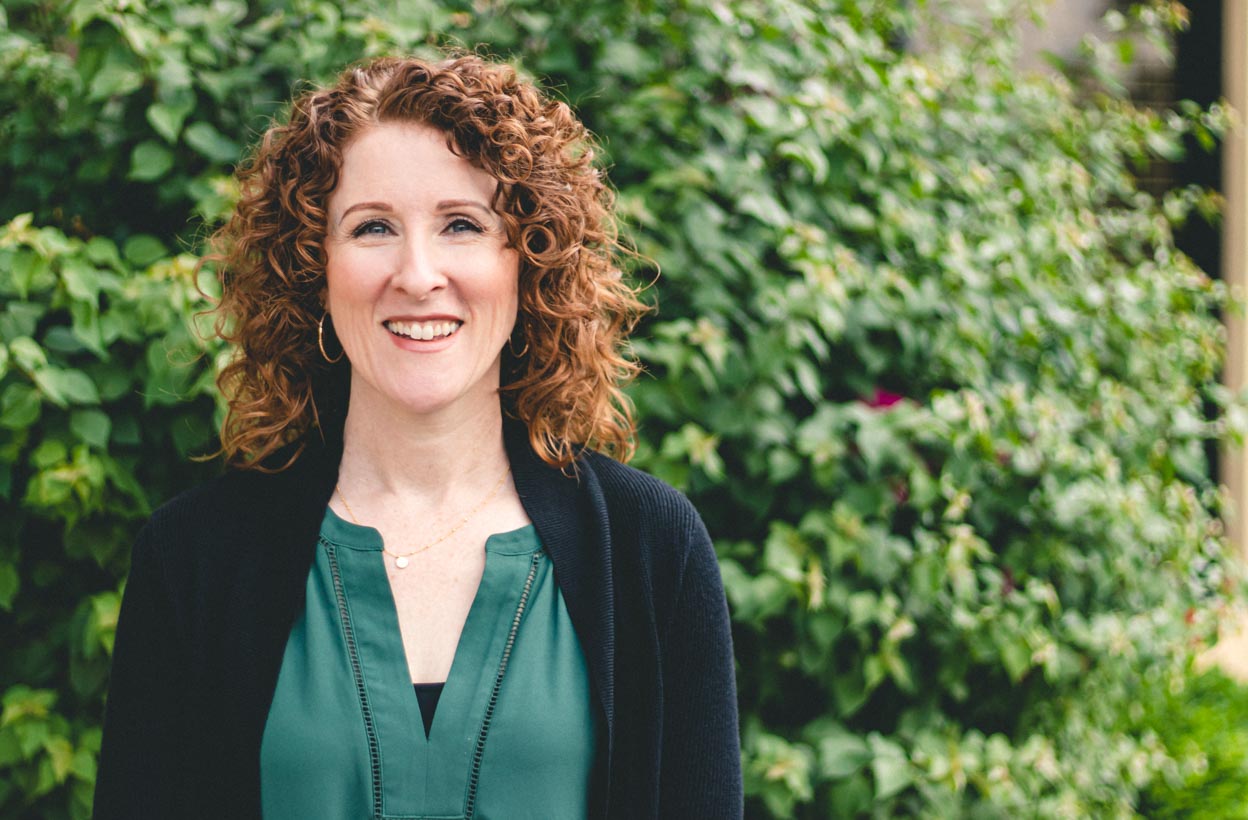 Amy has served at ACSTO since 2006. She is passionate about Christian Education and helping families understand how the private school tuition tax credit program works. Amy graduated from ASU with a degree in Communications and has been married for more than 20 years. Both she and her husband went to Christian Schools, and their daughter currently attends a local Christian School. Amy loves spending time with her family, reading a good book while enjoying an amazing cup of coffee, and taking long walks with her dog. 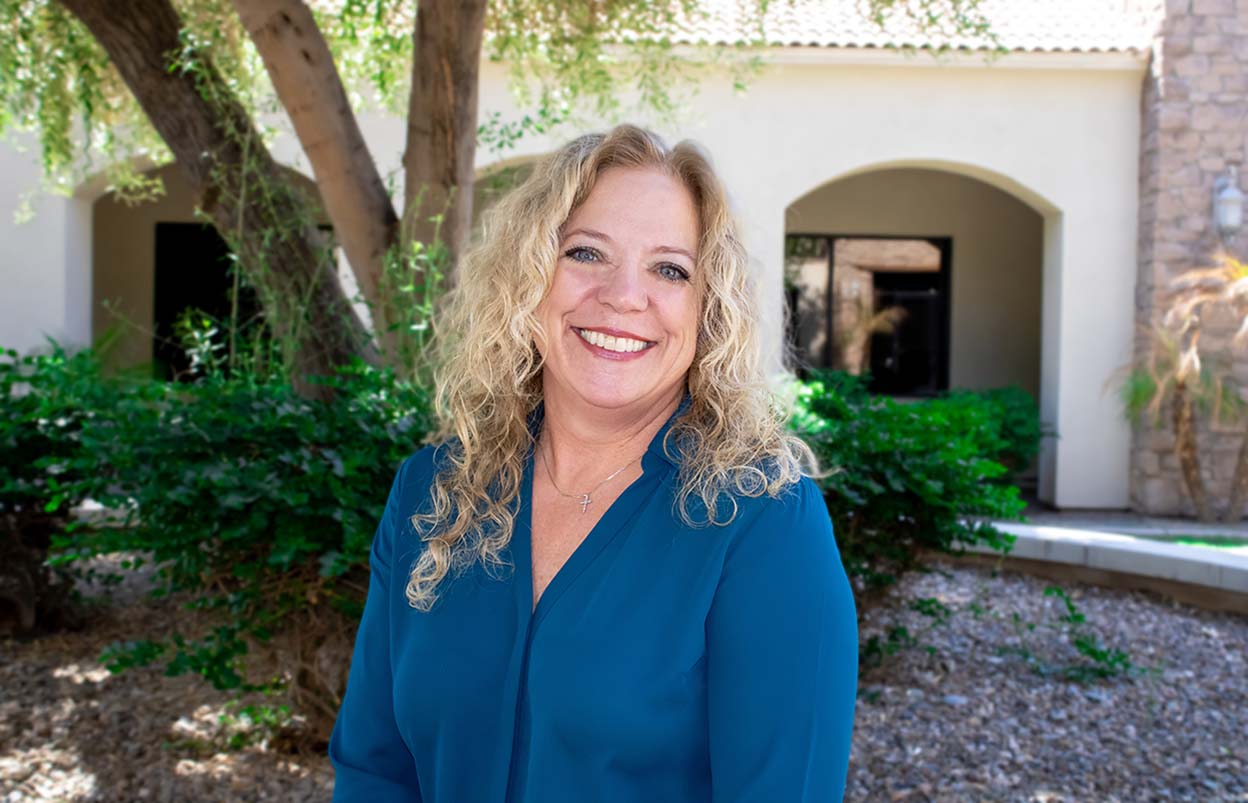 Sally has been involved in Christian Education for more than 20 years—as a parent, volunteer, teacher, founder of a Christian middle school, and school board president. She continues her passion for Christian Education at ACSTO, where she brings her experience, enthusiasm, and creativity to help families, schools, and supporters understand the tuition tax credit program. Sally is married and has three grown children. She loves spending time with family, enjoys the outdoors, and would like to spend more time traveling. 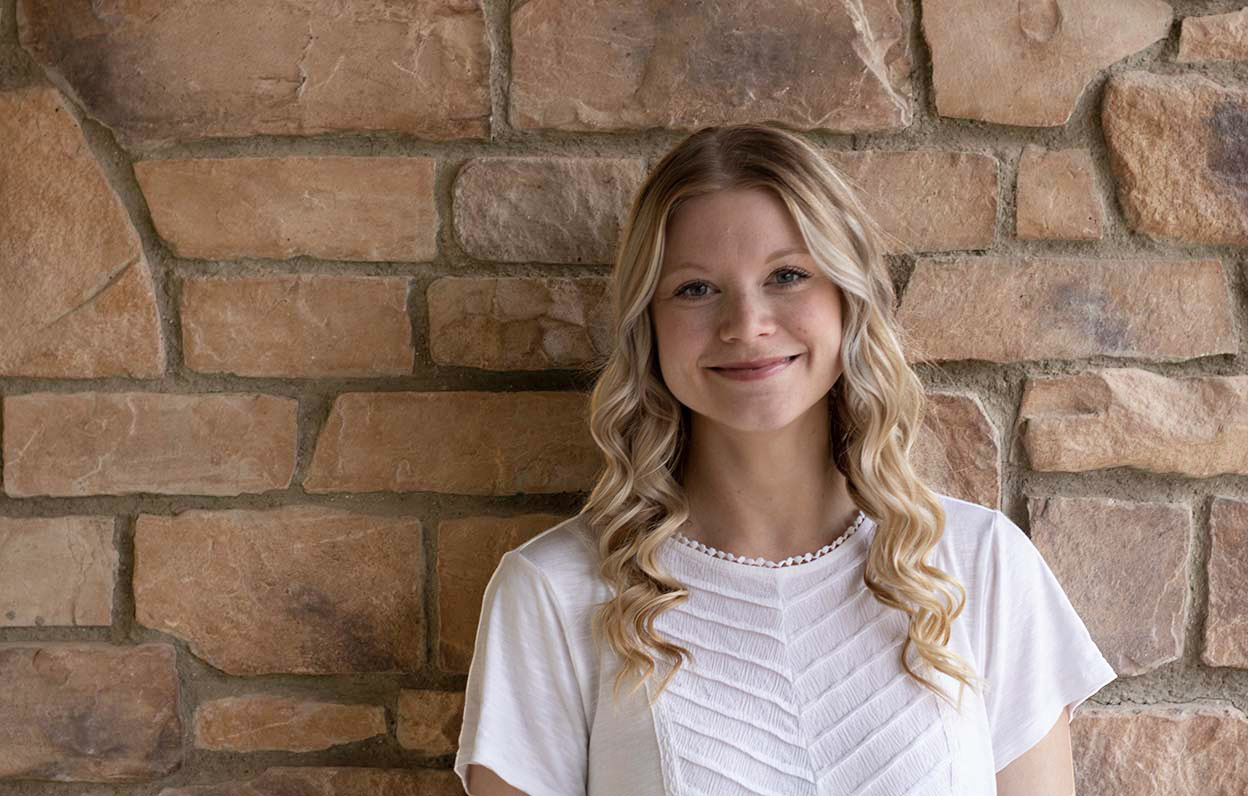 Chelsea has worked for ACSTO since 2020 and is eager to share with families the same opportunity to experience Christian Education that she was so blessed with. She attended Pusch Ridge Christian Academy in Tucson from Kindergarten to 12th grade, then earned her bachelor’s degree from Arizona Christian University. Chelsea loves spending time with friends and family, hiking, reading, and cuddling with her pup, Willow. 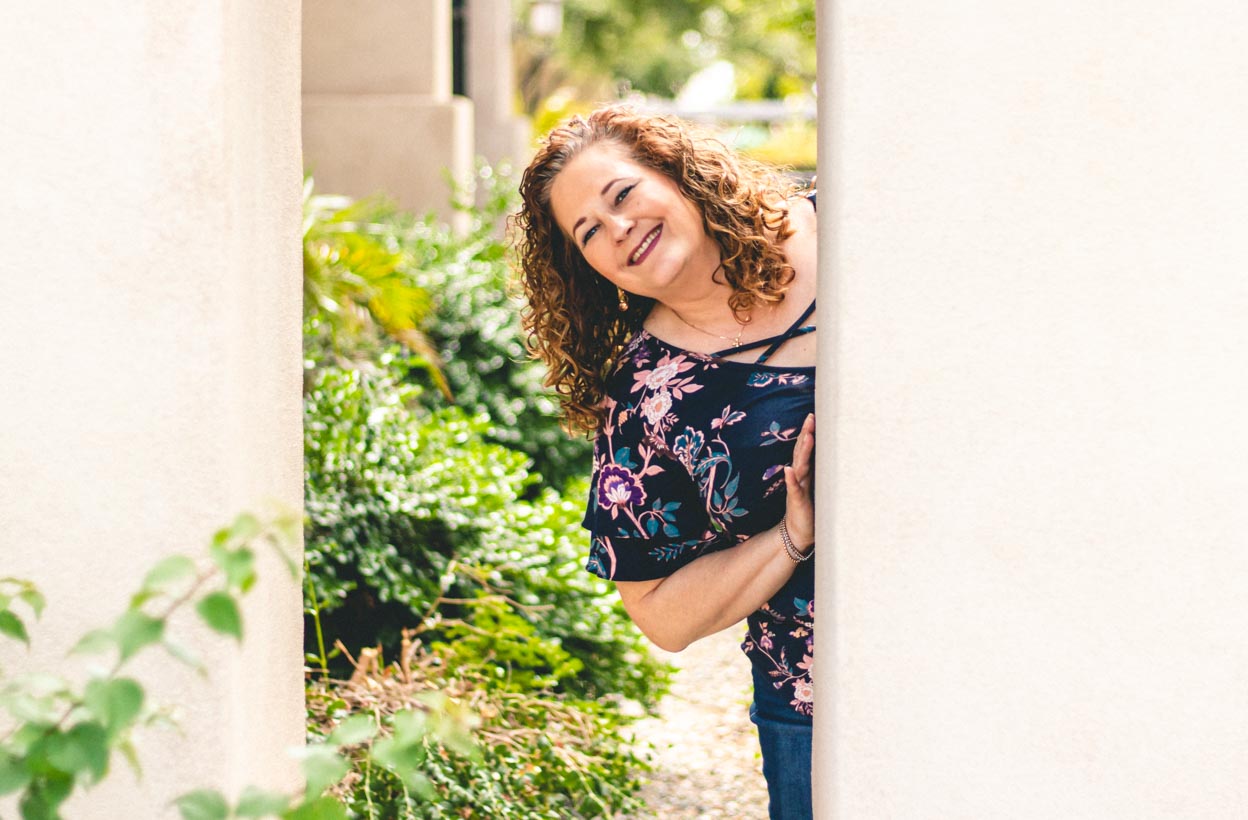 Wendy has been a part of the ACSTO team since 2014. Although she did not realize the advantages of participating in the tuition tax credit program when her own children attended a Christian School, she now considers it a privilege to help parents all over Arizona send their students to the private Christian School of their choice. Wendy has been happily married for 40 years and has two adult children. 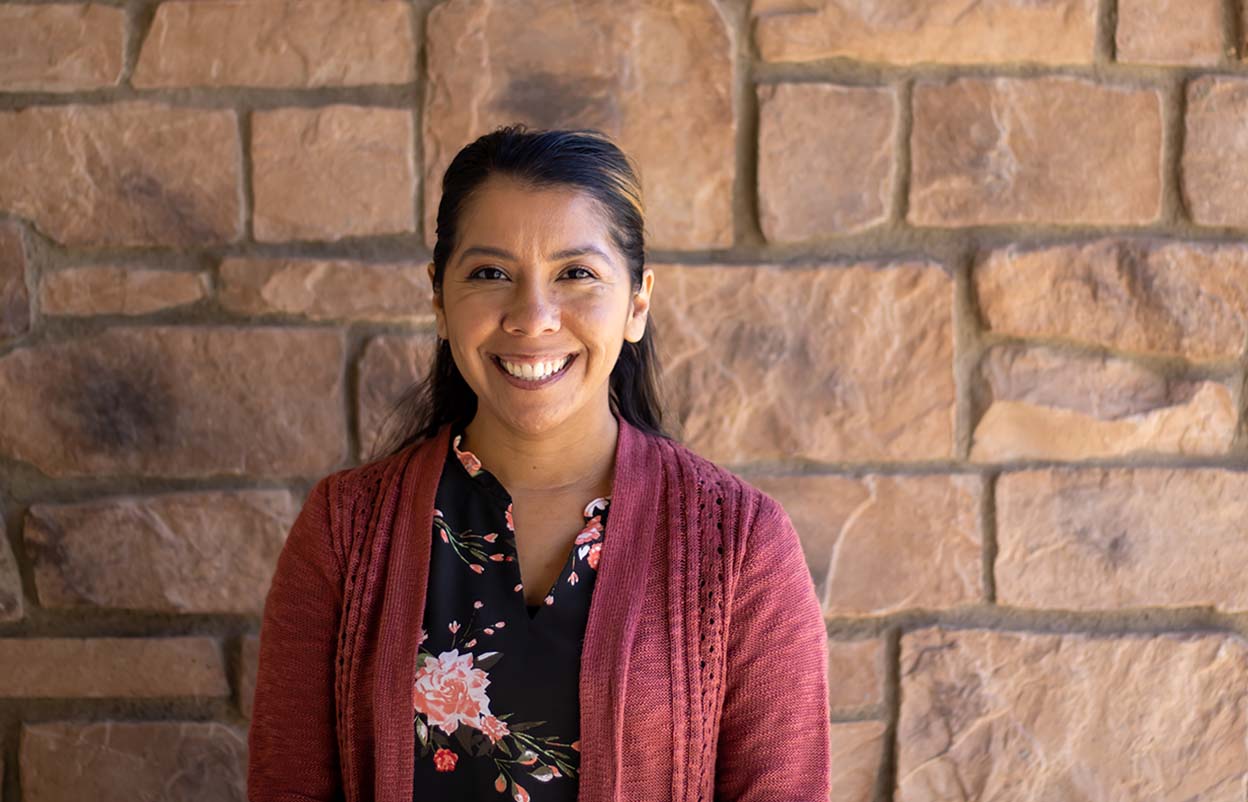 Sara joined the ACSTO team in 2016 but, as a parent, has seen the benefits of the private school tuition tax credit program at work since 2014. She and her husband have two boys in Christian School and love telling people how affordable private education can be. Sara likes to travel, cook, and spend time with her family. 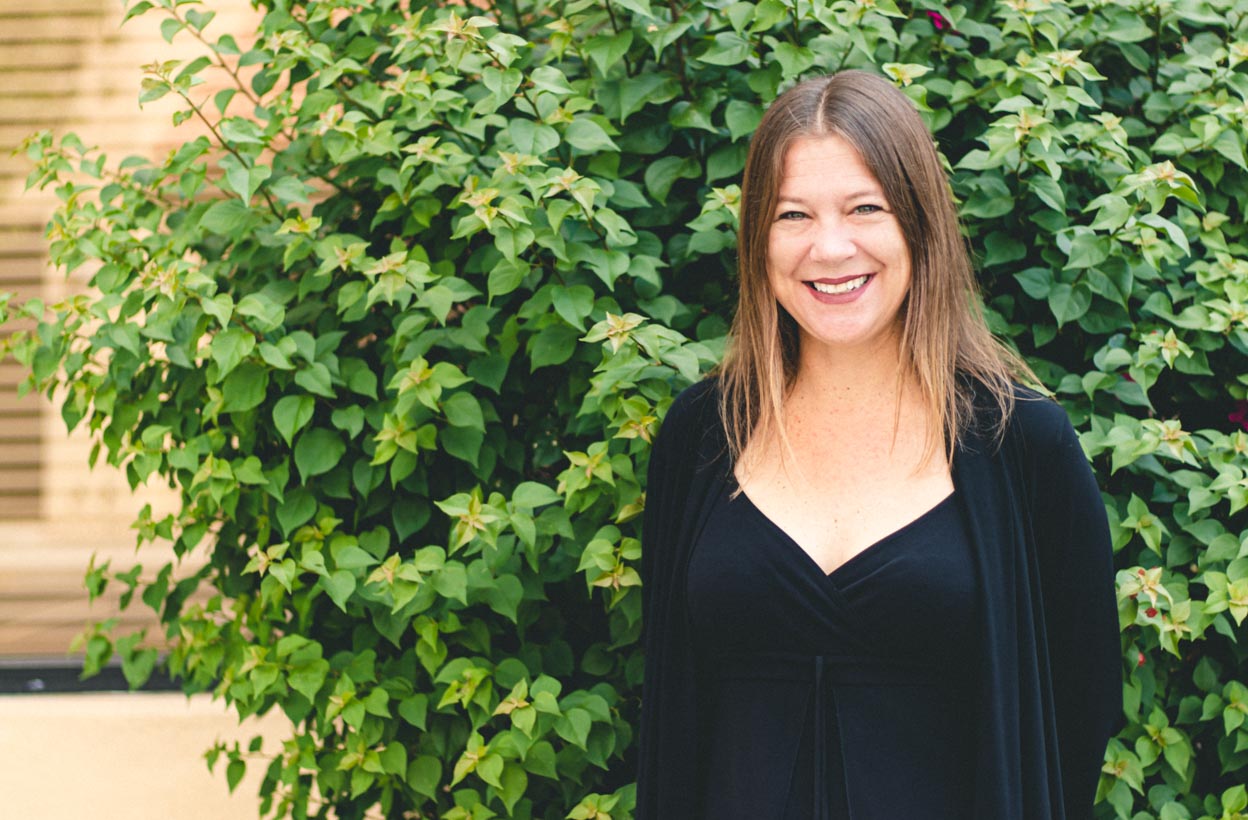 Amanda, a longtime donor and supporter of Christian Education, became a member of the ACSTO family in 2017. She and her husband have five grown children who bring them great joy! Amanda spends her free time with her family and friends, going on long bike rides, camping, gardening, hiking, and doing puzzles. 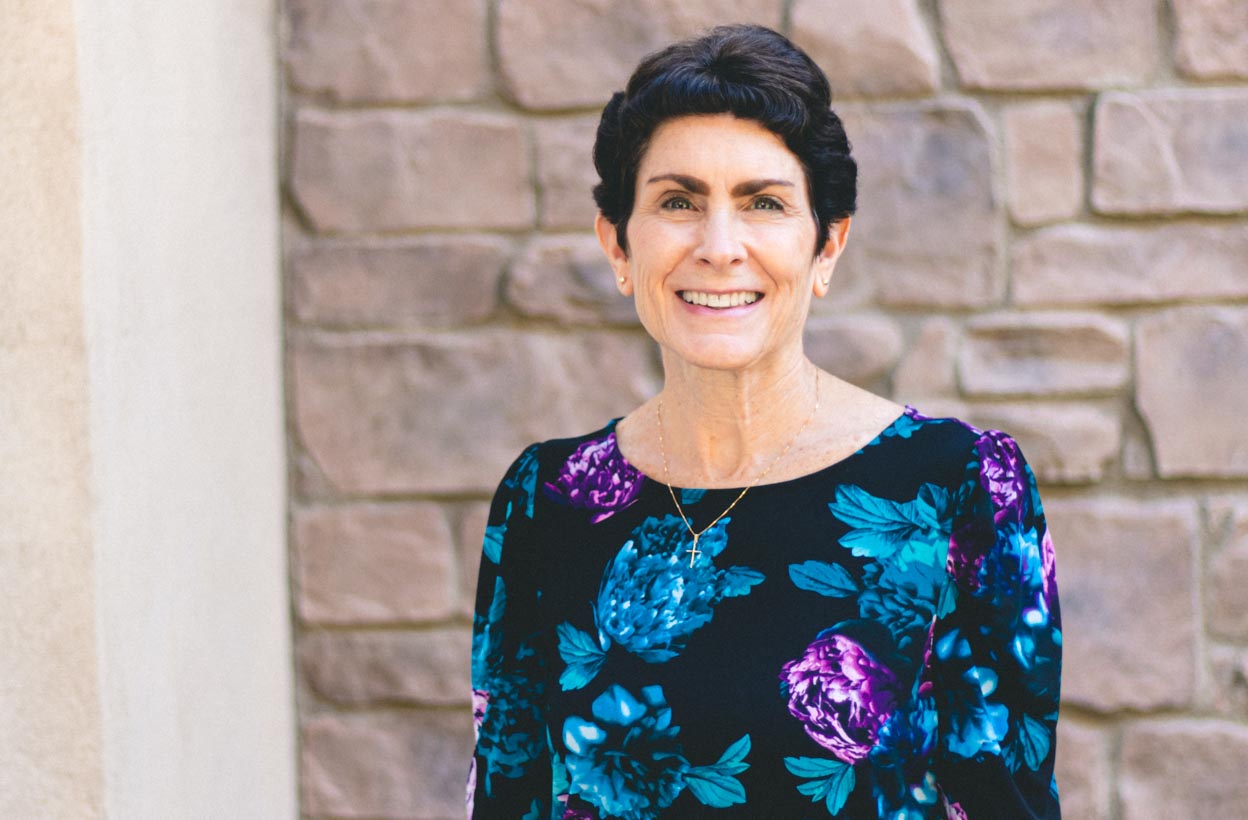 Susie is a passionate supporter of school choice and the tuition tax credit program. She joined ACSTO in 2017 after numerous years of experience with the organization as a parent, donor, and Christian School employee. Susie grew up in Hawaii and earned bachelor’s and master’s degrees from U.C. Davis and the University of Arizona, respectively. She and her husband have two grown daughters who attended Christian Schools with the assistance of ACSTO scholarships.

Elva is glad and thankful to God for the opportunity to join ACSTO and help our Spanish-speaking community understand how tuition tax credits can make Christian Education affordable. Elva first learned about school choice through Arizona’s Empowerment Scholarship (ESA) program. Later, she joined the American Federation for Children to help Hispanic parents in Arizona understand that their children have the right to a better education and to guide them through the educational options available in our state. "I love doing this because I think every child deserves it," she says. Elva enjoys spending time with her family, hiking, being outdoors, and learning new things every day. 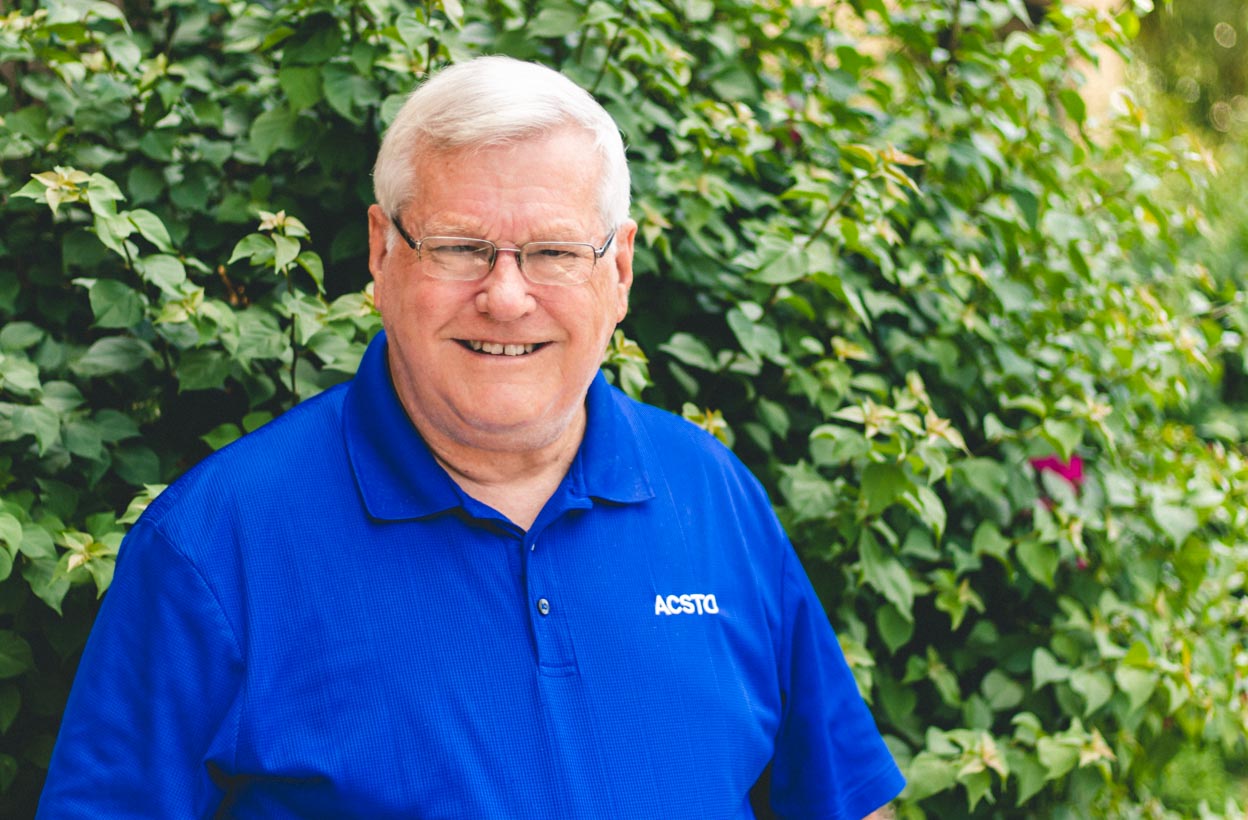 Tom has served in Christian Education for 46 years as a teacher, administrator, curriculum developer, and teacher trainer, both in the U.S. and overseas. Since 2007, he has represented ACSTO to churches and schools in Pinal, Pima, Cochise, and Graham counties. Tom also serves in the adult discipleship program at Rincon Mountain Presbyterian Church in Tucson. He and his wife (who is also a Christian School educator) raised four sons and now have five grandchildren. 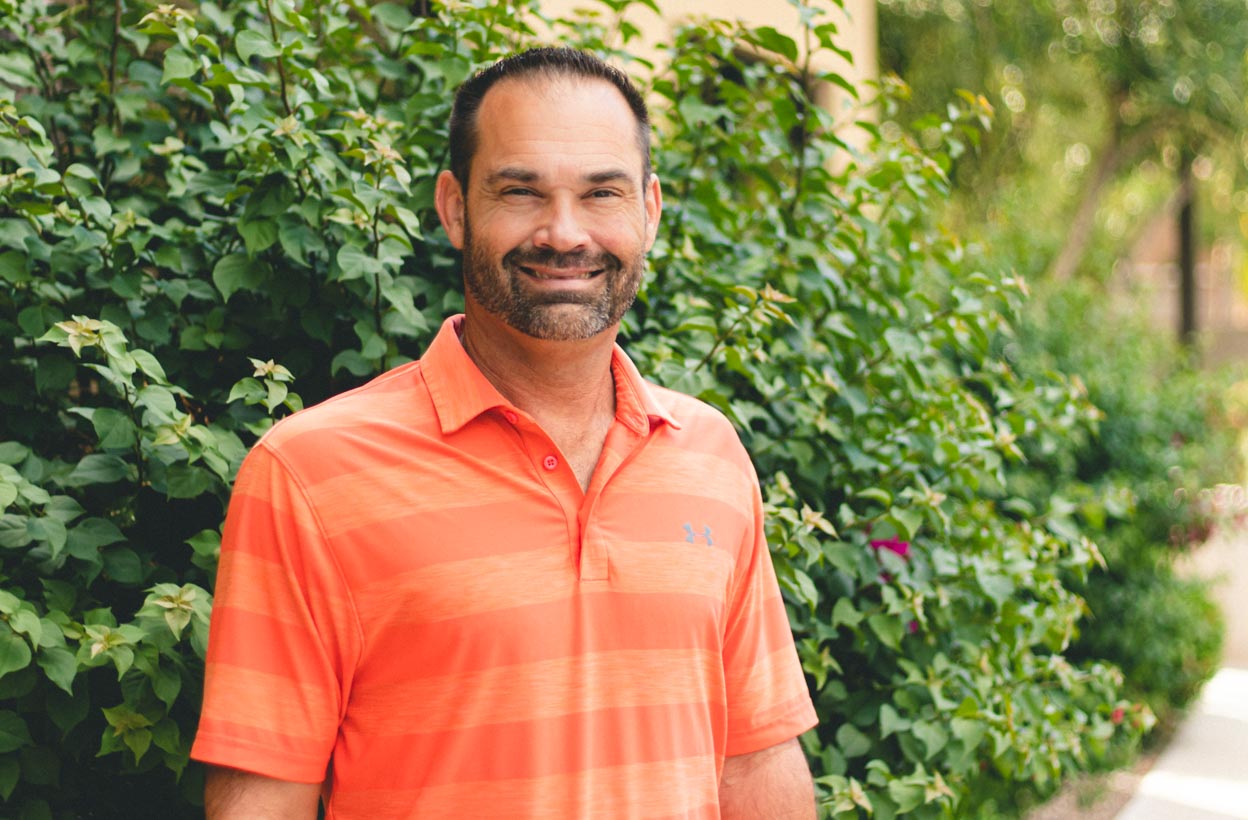 Jeff is a member of Grace Lutheran Church of Southern Arizona and a lifelong member of the Wisconsin Ev. Lutheran Synod. He serves as the Vice President at Grace as well as on the Board of Directors at Arizona Lutheran Academy in Phoenix. Jeff, his wife, and all three of their children started attending WELS schools when they were kindergartners. Jeff enjoys singing in choir, playing basketball, golfing, spending time with his grandsons, and traveling. 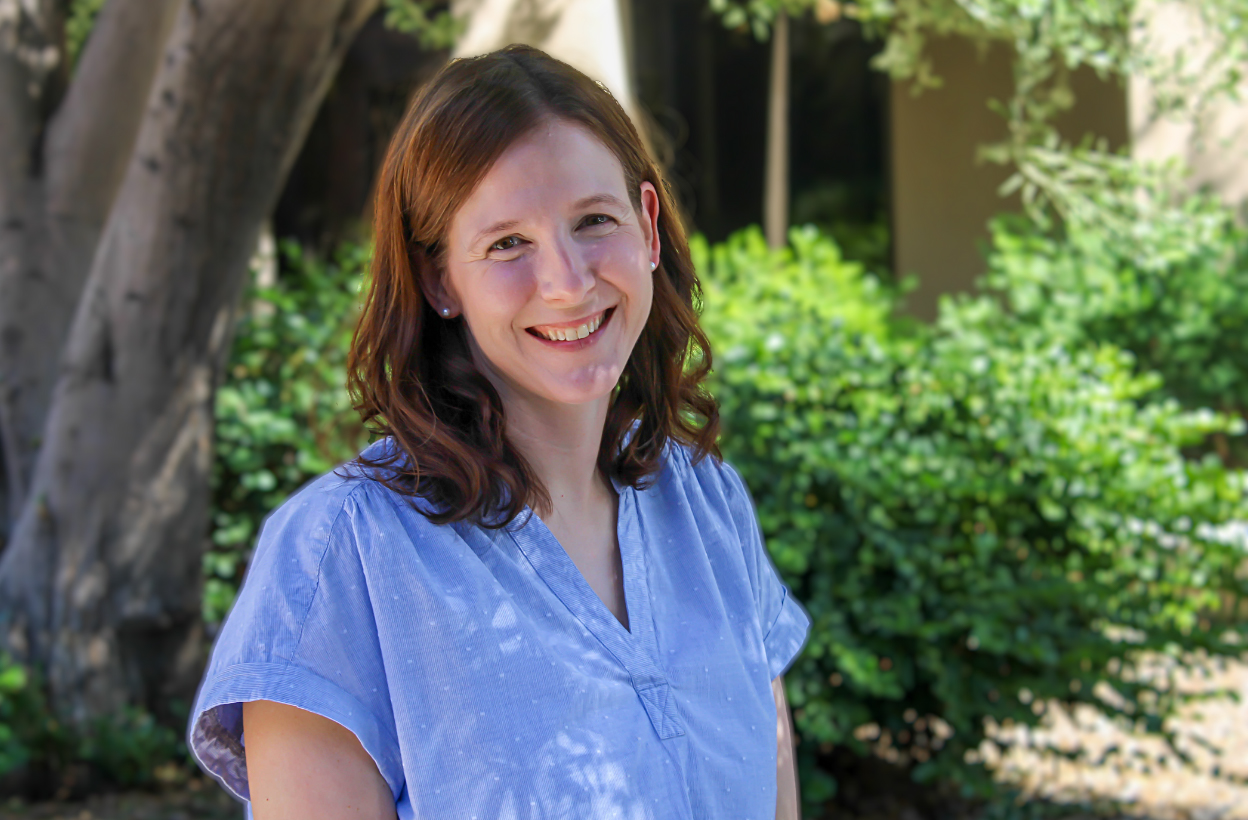 Katie has served as a Lutheran teacher and a Director of Christian Education for almost 14 years. She attended LCMS schools as a child, and now her daughters attend Lutheran schools as well. Katie hopes to share the joy of Lutheran education with many children and families through ACSTO scholarships. Katie, her husband, and children attend Mt. Olive Lutheran in Tucson where she loves to volunteer with the family and children’s ministry. In her spare time, Katie enjoys singing, hiking, board games, movies, and traveling. 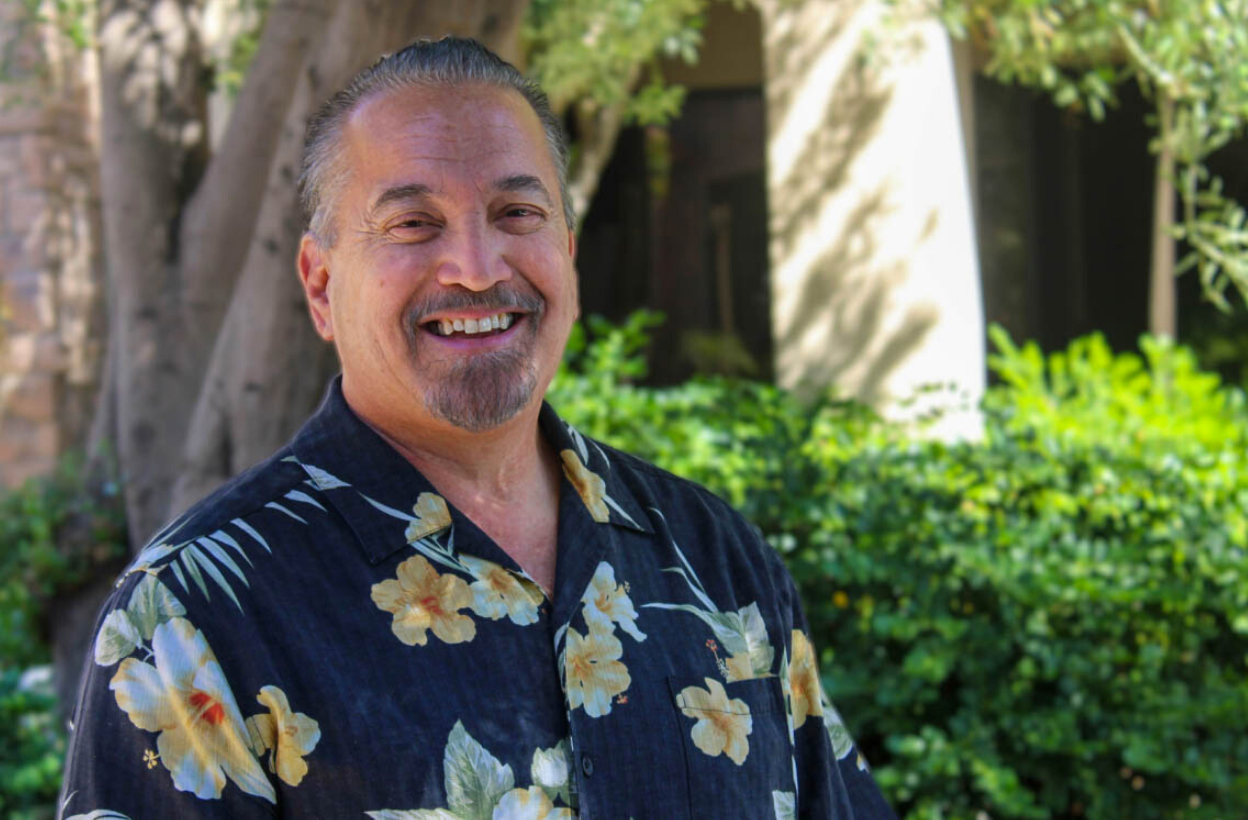 Mark is blessed and excited to share his love for Christian Education with the LCMS congregations in the Phoenix Metro area. He brings to the ACSTO team 30 years of experience in elementary and secondary administration, teaching, and coaching in Arizona, California, and Hawaii. In addition, his many years of ministry experience with youth and their families have allowed him to witness the importance of spiritual development during the critical K-12 years. Mark and his wife have three grown children, all of whom attended Christian Schools from preschool through high school graduation. 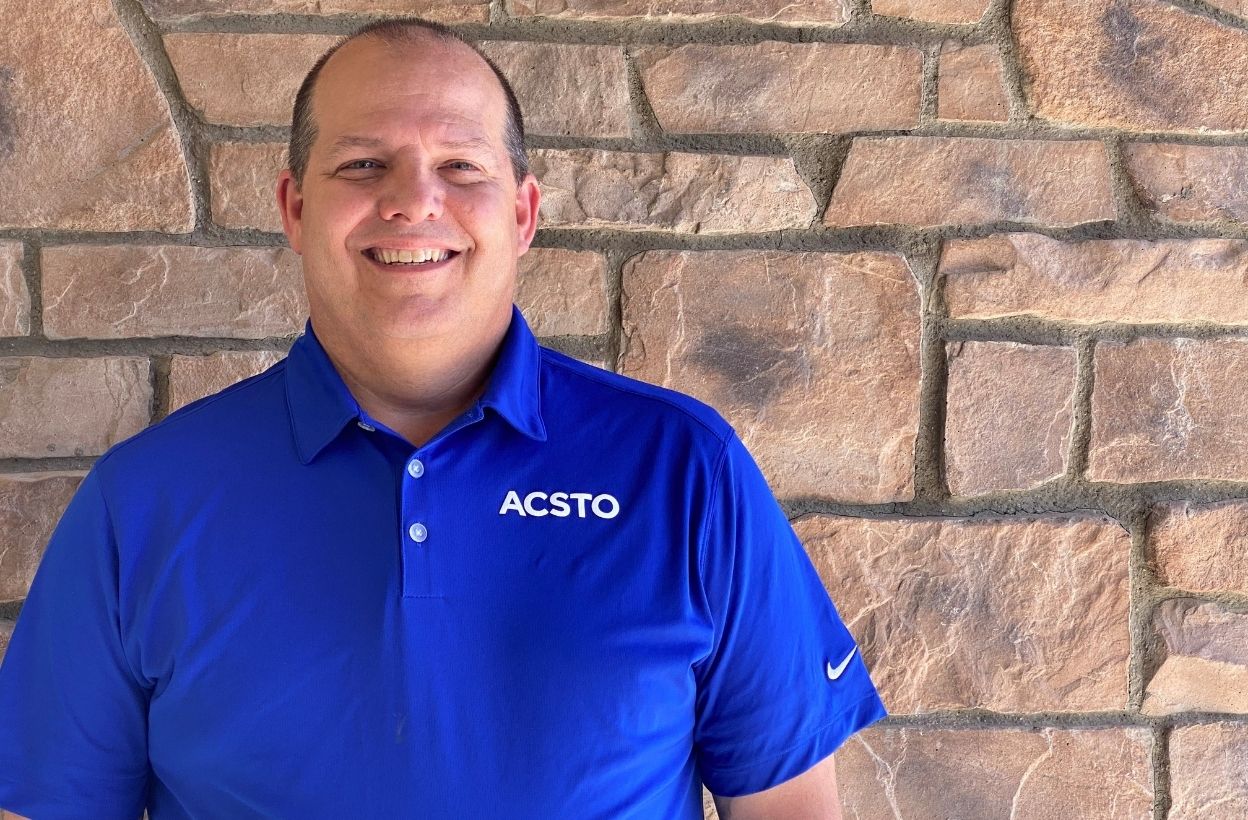 Jason grew up attending Christian School and now, as the father of four boys, believes strongly in the influence of Christian Education on a child’s upbringing. He has been a Children’s Pastor, Youth Pastor, Assistant Pastor, and worked in car sales for 12 years. He has also worked in various roles at Faith Community Academy in Tucson for many years. After a 25-year hiatus, Jason received his B.A. in Biblical Studies from GCU then, together with his wife, planted a church in midtown Tucson. Jason considers it a privilege to help other parents learn about the benefits of Christian Education and how ACSTO can make them affordable for their family. 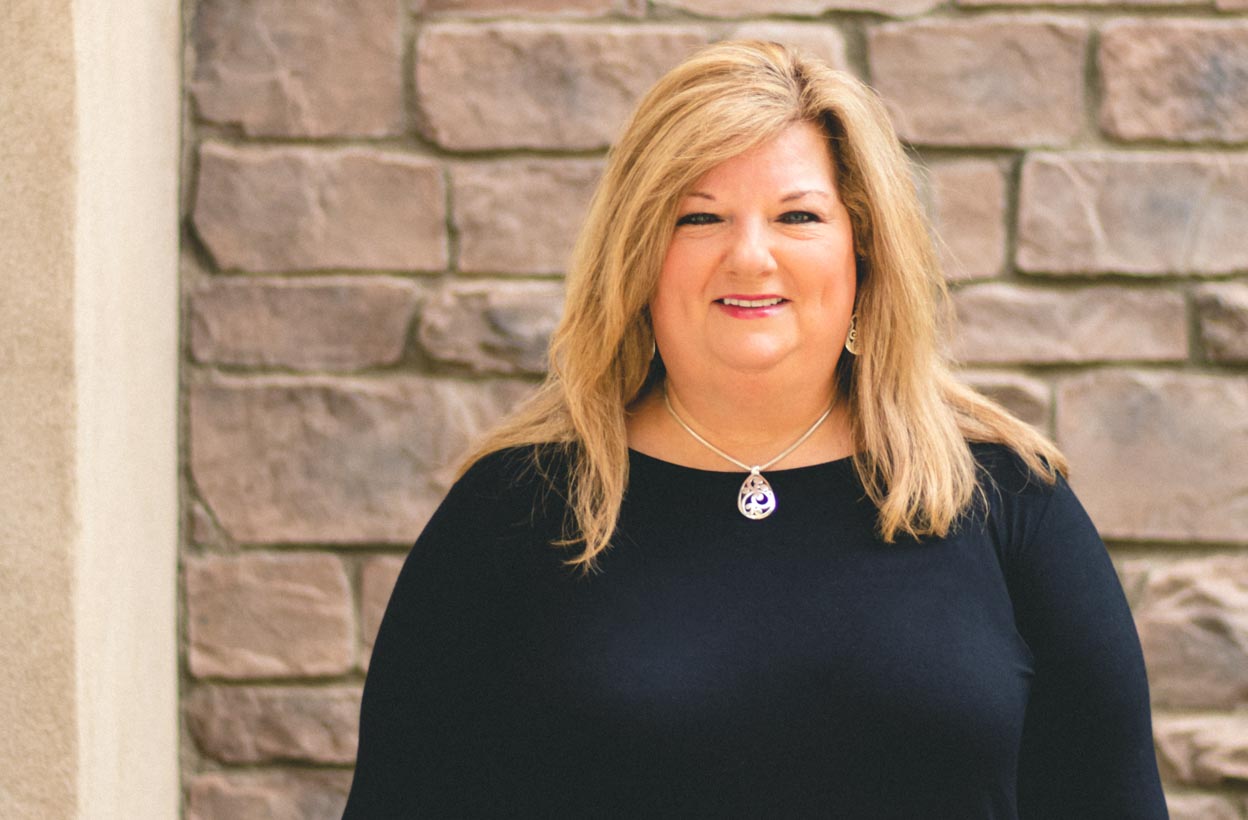 Caroline believes it was an answer to prayer when the door opened for her to join the ACSTO team in 2019. A strong believer in Christian Education, she is thrilled that God is using her to educate families about how to make it affordable. Caroline is married to her best friend and has three wonderful sons—all who have attended local Christian Schools. She enjoys spending time with her family and being involved in her church.

All of our Board of Directors are independent voting members

WE EXIST TO MAKE CHRISTIAN EDUCATION AFFORDABLE FOR EVERYONE